Creating The Habits That Will Change Your Life & Your Business 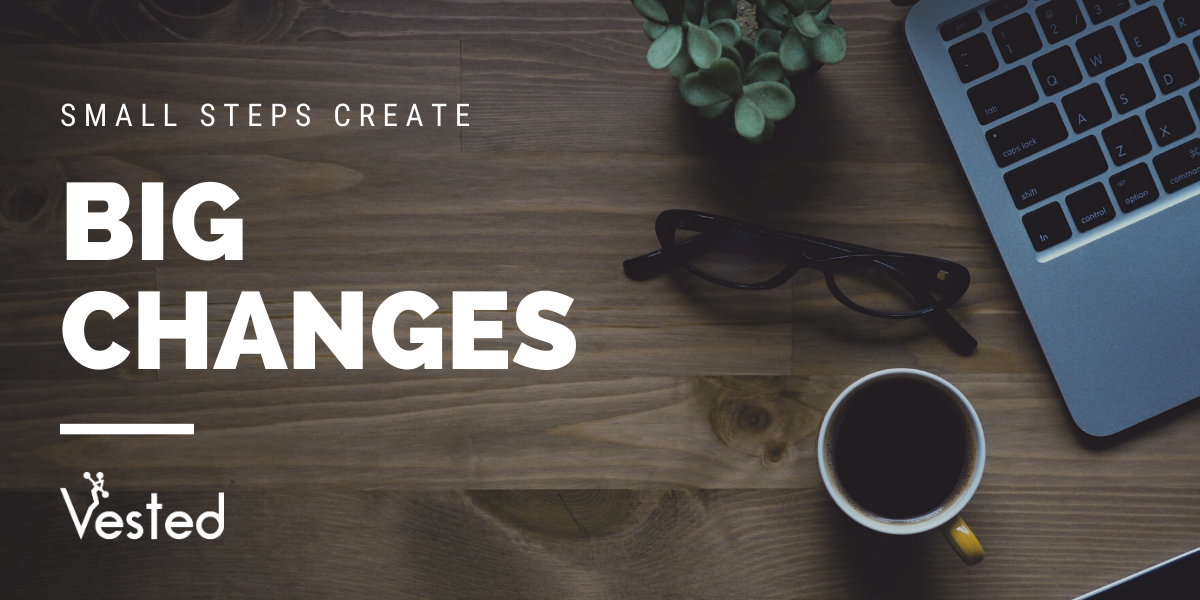 Most people in this world are looking to accomplish big things. The problem is that they think a strong will and enough determination will get them there.
Yet, what time, experience, and research has shown us, is that the only way big things are accomplished is if they are done with the right routines, habits, and systems that allow for the consistency required to achieve goals of that magnitude.
In his book, Atomic Habits, James Clear lines out exactly why the tiny decisions and habits we create ultimately end up guiding us directly above and beyond the goals that we have set for ourselves.
Yet, without these small, seemingly innocuous habits and routines, we are left tired, frustrated, and hopeless having never accomplished the goals we originally set out to achieve.
Keep reading to discover exactly why habits are the driving force behind some of the most successful business owners and athletes of our time, and how you can learn to not only build habits much more quickly, but decide on exactly the right habits that you should be spending your time on.

The Key to Building Habits

Similar to creating an impressive physique from a health and wellness aesthetic perspective, it doesn’t matter how determined you are, how much you hope, wish, or pray, without the consistent tiny actions and habits of lifting, eating, and sleeping properly, your goals of that coveted Adonis physique will continue to elude you.
But isn't "wanting to succeed" more than enough to accomplish my goals? If only...
Here are some numbers you might find useful:

The common argument is that most people just need bigger goals. But it appears that the goals aren’t as powerful as the habits.

For example: in any competition or sporting event, don’t both teams have the same goal? To win?

What does the winner have that the loser didn’t?

They didn't execute successfully, didn't have enough return on their practice investment, or they didn't have the necessity or want to win as bad as their opponent.
Yet, it isn’t that people don't want to give up who they are in order to feel how they want to feel or live as long as they want to live. They do!
But either they simply can’t make themselves or they don’t have the  proper necessity or driving forces to ensure they continue to strive for succeeding at it.
The other sobering fact about habits is that they take a significant amount of time. It differs from person to person as well.
Everyone has to overcome the failure and monotony that is required to actually eternalize the action or thinking that we are looking to habitualize.
Per James:

"Similarly, habits often appear to make no difference until you cross a critical threshold and unlock a new level of performance. In the early and middle stages of any quest, there is often a Valley of Disappointment.
You expect to make progress in a linear fashion and it’s frustrating how ineffective changes can seem during the first days, weeks, and even months. It doesn’t feel like you are going anywhere. It’s a hallmark of any compounding process: the most powerful outcomes are delayed.
This is one of the core reasons why it is so hard to build habits that last. People make a few small changes, fail to see a tangible result, and decide to stop. You think, “I’ve been running every day for a month, so why can’t I see any change in my body?”
Once this kind of thinking takes over, it’s easy to let good habits fall by the wayside. But in order to make a meaningful difference, habits need to persist long enough to break through this plateau—what I call the Plateau of Latent Potential."

Goals are about the results you want to achieve.

Systems are about the processes that lead to those results. 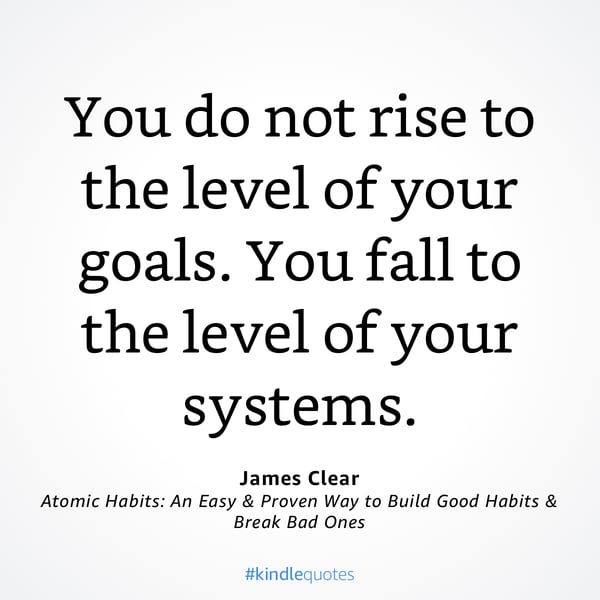 Why Do We Struggle To Make Habits Stick?

Again, it isn't that we are completely incompetent at creating the habits that will take us the places that we want to go.
We fail at making positive behaviors and choices actual habits for a couple of reasons:

For example, how many people struggle to remember to brush your teeth everyday?

You know, you brush them for a few days then some kind of crisis happens at work, or your kids are stressing you to the gills and you have to choose between either bringing them to soccer practice (or school) or brushing your teeth.

So being the good mom or dad that you are, you of course choose the kids and their overstimulating soccer practice. And who wouldn't?

Then once things calm down, you realize that you haven't brushed your teeth in a few days, so you better get back on that routine before you have no more friends or even an inkling of romance in your marriage...

Does that ever happen to any of you? Of course not!

Brushing your teeth is a part of who you are in the morning and before bed. It is already part of your routine and has been for the majority of your life.

The only way to realize how truly habitual your teeth brushing routine is would be to attempt to brush it with the opposite hand.
Those that have broken a bone and had to wear a cast on their dominant hand know just how taxing this can be on the brain for habitually easy and normally mindless tasks.
Going to the gym is technically not a habit when you start training. Nor is preparing healthy meals. Those are choices.

Looking at your watch when you aren't even wearing it, is a habit.

Clicking at a space on your phone where your app used to be before you moved it is technically a habit.

Pulling for the steering wheel shift on a car that has a center console shift is a deeply ingrained habit.

True habits take time to engrain. It is the consistent repetition that actually make them so.

Again, while differentiating between habits and choices, we come to the same crossroad while attempting to define good habits from bad habits.

Some adults attempt to cover up their poor choices by naming them "bad habits."

But the take home point that everyone should really understand is this: Are the actions that you are labelling "bad habits" even habits at all?

Or are they simply poor choices made at moments that you are at your weakest, most stressed, or most vulnerable?

Not what your mom tells you...

Not what your friends tell you...

Below is a quick and easy cheatsheet for not only labeling bad habits from good, but also how to leverage your habits to move you closer to where you intend to go in life personally, financially, physically, mentally, or organizationally.

How to Create a Good Habit

If we want to dive a bit deeper into starting good habits and stopping bad ones, we can take James Clear's advice from the book and burn them into our psyche accordingly:

How to Break a Bad Habit:

We can invert these laws to learn how to break a bad habit.

Mindset and cognitive habits don’t just play a role in the process of becoming healthier, they determine the long-term success or short-term failure, overall. We can label the mindsets as we wish, but labeling them may not provide the same amount of return as incrementally changing them on a daily basis.

On the surface, a good measure of your current thinking can be seen in your daily actions and speech. It is quite uncommon for someone to behave and speak negatively when they are consistently and habitually thinking positively.

You wouldn’t label your friends or family that continually offered their services to you or consistently greeted you with a smile and warm manner, as depressed or stricken with grief, would you?

If it were just a façade, eventually you, and everyone around them would unveil it.

"There are three levels of change: outcome change, process change, and identity change. The most effective way to change your habits is to focus not on what you want to achieve, but on who you wish to become. Your identity emerges out of your habits. Every action is a vote for the type of person you wish to become. Becoming the best version of yourself requires you to continuously edit your beliefs, and to upgrade and expand your identity. The real reason habits matter is not because they can get you better results (although they can do that), but because they can change your beliefs about yourself."

At Vested, we value working with our partners on more than just their marketing.

We aim to ensure that their overall business potential and needs are met.  Contact us to learn more!